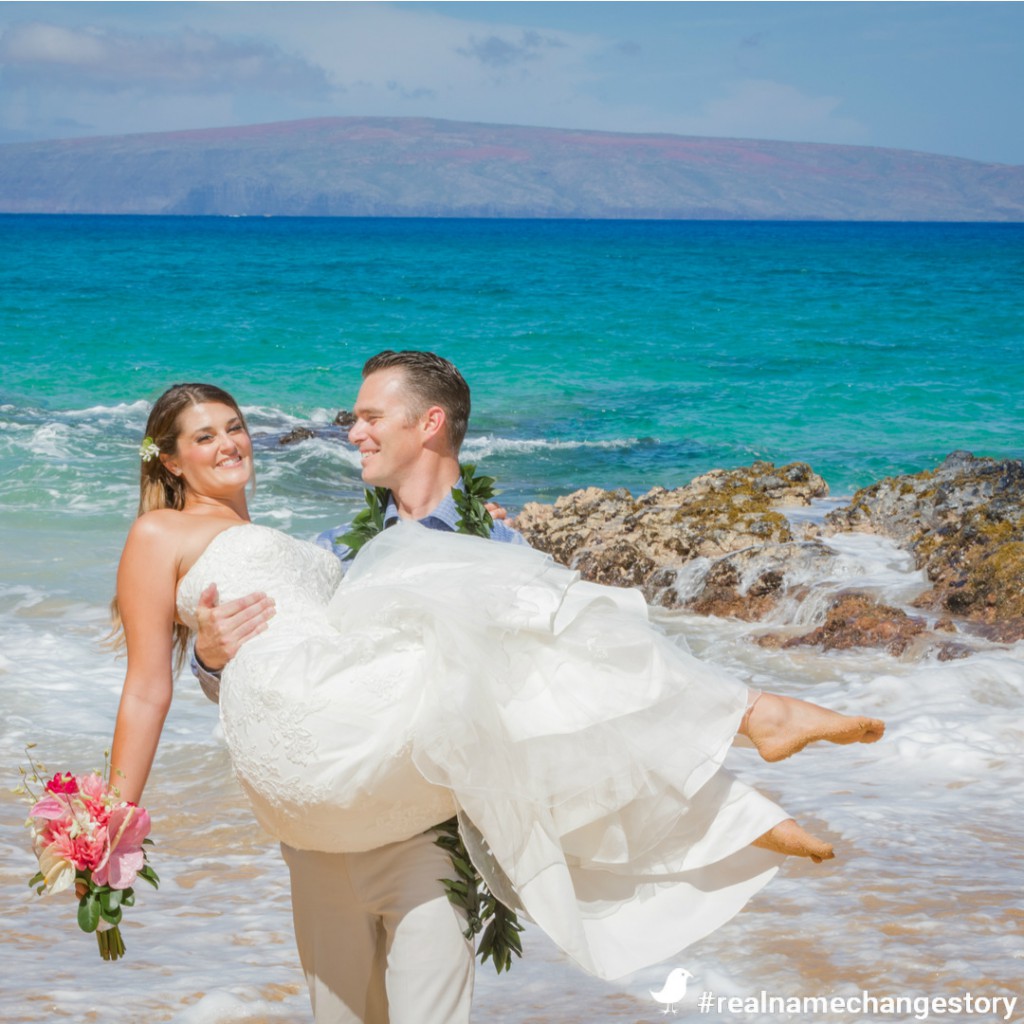 We’re happy to share the real name change story of newlywed Brittany C! Read on for the story of how she met her husband on the way to a pin-up contest, planned her surprise pseudo-elopement while in medical school, and how her name-change almost didn’t happen.

I had recently moved to Los Angeles, and it was the day before I was competing in a vintage modeling/pin up contest and I needed to pick up some red lipstick. I made my way up the street, in downtown Los Angeles, passing a restaurant called Riorden’s Tavern. As I passed the window, I peered into it and tucked a few wisps hair behind my ear; looking beyond the window, I saw a large group of guys. After becoming stuck on a particularly handsome one, I noticed the one next to him, with very little hair, mimicking/mocking my hair adjustment. I did a big hair flip and had a good laugh with them through the window, figuring I’d stop in for a laugh with them on my way home.
Being that I went shopping, it was at least an hour or more before I headed home. A few yards from the restaurant I heard, “Hey! You with the hair”, turning to see Jonathan and his friend, Steve. They said they had been looking for me and were now headed to coffee and invited me along. As I had just finished my OB/GYN core, and begun my psych core, I poured all the gruesome facts about delivering babies, the first one I delivered and the details about electro-convulsion shock therapy that I had just learned. The guys didn’t bat an eye, and kept up with the conversation. Little did I know, he’d been to war and back, and was building the 62 story skyscraper behind us. After talking about the pin-up competition, vintage cars, and good breweries around town the following day, Steve asked how best to get a hold of me. Thinking that was quite the creative way to ask, leaving it open even to emails, I decided to give him my number – something I didn’t typically do. My phone had died, but I soon received a text saying, “Hi, this is Jon, your window gawking Starbucks escort. Here’s my number, good luck tomorrow.”
After winning Miss Moon Eyes 2015, we arranged to meet for drinks that coming Wednesday. I was running a few minutes late and Jon said that when I walked in, a little voice in his head said, “You’re late, you’re 34 years late, but this is what I’ve been waiting for.” After skipping through the streets of Downtown LA it didn’t take much longer before plans were being laid for the rest of our lives.
I initially wanted a two year engagement as I was in the thick of medical school, and felt it would be impossible to plan the wedding of my dreams during this time. However, as the days crept on we were getting more and more excited about our union. And while dress hunting I ended up with three dresses for under $1,000, and we thought ‘hey, let’s put them to use!’ And just like that, we began planning our surprise pseudo-elopement. With the help of Aloha Maui Dream Weddings we invited just our parents and headed out to Maui. They created the wedding of my dreams on a medical student’s budget with Penny Palmer Photography built right in. It was absolutely stress free, and the only regret I have is not ordering the bigger photo package! 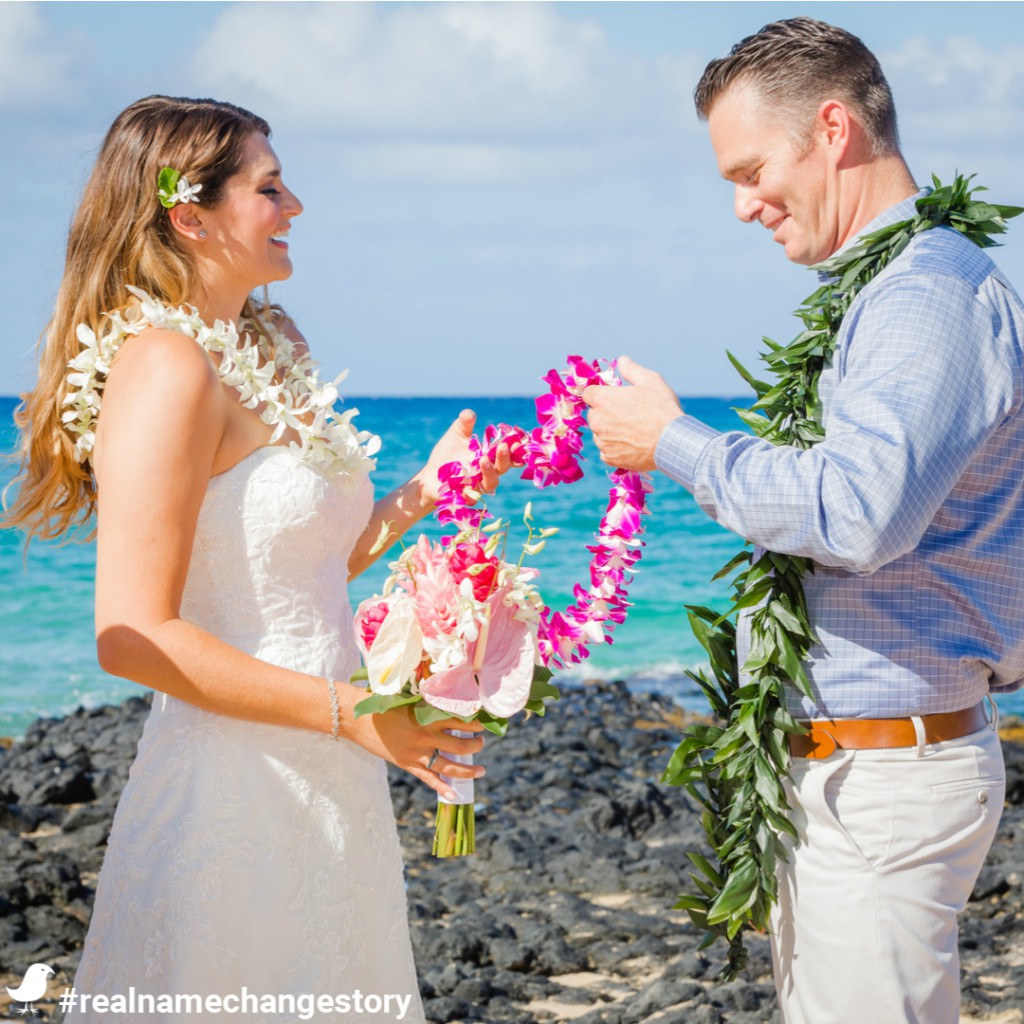 Somewhat of a traditionalist, I always knew I wanted to take my husband’s name. Especially after I heard the perfection of MY husband’s name and introducing myself as, “Dr. Brittany ********.” Oh, it made my heart flutter! However, I still had major exams to take registered under my maiden name. With this 9 hour beast (exam) between me and my married name, I patiently waited to change my name.
Intimidated by the process, when the time came, I reached out to MissNowMrs after seeing it advertised on my DMV’s website. Their process was so streamlined. It also appeared to read my mind, as each question crossed my mind, I hovered the cursor over the prompt and the answer popped up!
I printed my sheets and headed to my local Social Security office to start the process… where I was promptly told I could not change my name because my maiden name was on my marriage certificate/license… but that was me… that’s who got married wasn’t it? I hadn’t changed my name yet, I wasn’t married!?  I was told I had to pay $600 to file to have the court change my name, publish the request in the paper and it would take 4+ weeks.
I was crushed but began filing with the court, was denied a fee waiver and was again disappointed. After a friend of mine came by and told me she had her maiden name on her marriage certificate too and had no problem, she suggested I try a different office. I gathered what hope I had left and gave it a shot. Low and behold – they didn’t even comment on it! In and out in less than an hour, free of charge!
With the big wedding on the horizon in a few months, we’re putting the final touches on things, struggling with budgets, and researching florists… but I couldn’t be more excited!  I can’t wait to share our love and excitement for the adventure ahead with all our extended family and friends. 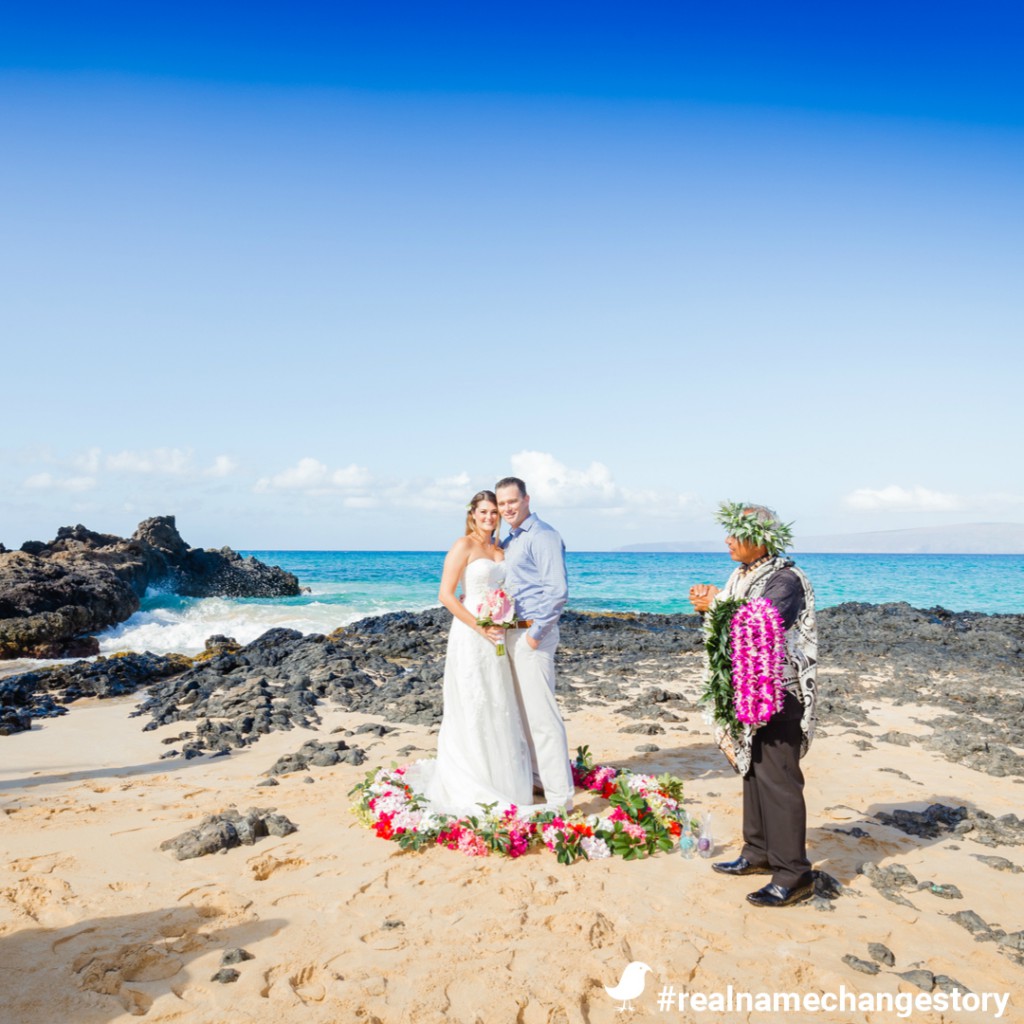 My advice to anyone, especially, newlyweds, is to roll with the punches and take everything in stride. Attitude is everything. Sometimes life is just about luck and timing. If you always keep a positive attitude, with perseverance, things will line up eventually and you’ll be perfectly happy passing the time until they do. 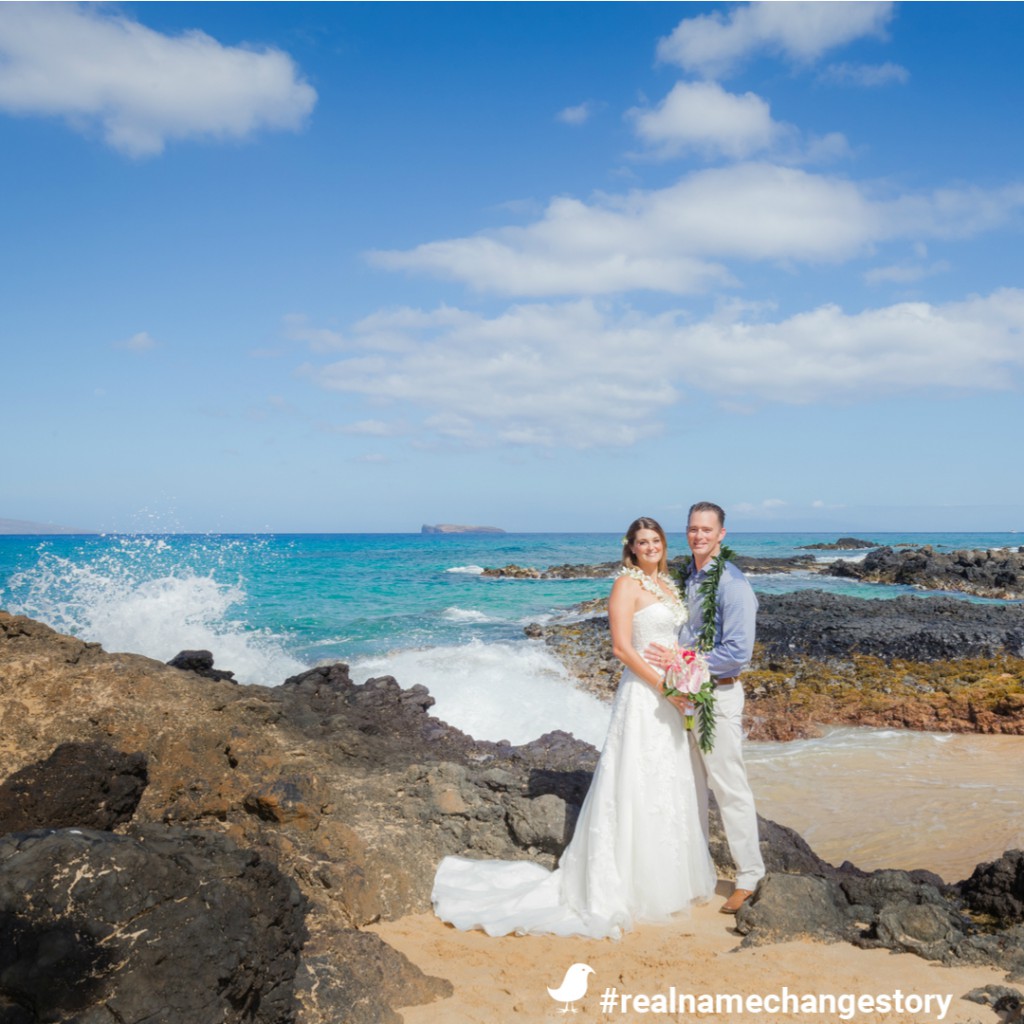